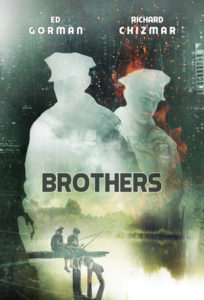 Chet and Michael are brothers. They are also police officers. What they are not is friends.

Their mother died when they were young. Their only parent was an absent cop father who preferred women and scotch to raising them. So Chet being older had to raise Michael.

Chet was the quiet responsible one; Michael was the handsome wild one who came to resent Chet’s rules and regulations.

Michael still resents them especially when Chet tries to break up the affair his younger married brother is having on the side. Neither man is willing to back down. Neither man is a stranger to violence.

Then Chet decides to pay a late night visit to the woman he calls his brother’s whore. . . .