Something evil has swept into the small western Maine town of Castle Rock on the heels of the latest winter storm. Sheriff Norris Ridgewick and his team are desperately searching for two missing girls, but time is running out to bring them home alive.

In Washington D.C., thirty-seven-year-old Gwendy Peterson couldn’t be more different from the self-conscious teenaged girl who once spent a summer running up Castle Rock’s Suicide Stairs. That same summer, she was entrusted—or some might say cursed—with the extraordinary button box by Richard Farris, the mysterious stranger in the black suit. The seductive and powerful box offered Gwendy small gifts in exchange for its care and feeding until Farris eventually returned, promising Gwendy she’d never see the box again.

One day, though, the button box shows up without warning—and without Richard Farris to explain why, or what she’s supposed to do with it. The mysterious reappearance of the box, along with the troubling disappearances in Castle Rock, leads Gwendy home again…where she just might be able to help rescue the missing girls and stop a madman before he does something ghastly.

From New York Times bestseller Richard Chizmar comes Gwendy’s Magic Feather, a breathtaking novel that asks whether our lives are controlled by fate or the choices we make—and what price we might have to pay for those choices when we reach for the things we most desire. Prepare to return again to Stephen King’s Castle Rock, the sleepy little town built on a bedrock of deep, dark secrets, which is about to awaken from its quiet slumber once more.

“With the exception of Joe Hill, I don’t know of any other writer who could pull off the magic trick of bringing Castle Rock to life as Chizmar has done with Gwendy’s Magic Feather.”—Horror Drive-In (read the whole review)

“Gwendy felt like someone fantastical out of a fairy tale, and her life, something magical. Much like the book itself.”—Biff Bam Pop! (read the whole review)

“Stephen King might not be the one telling the tale this time around, but the heart and soul of his characters and locations are still very much there on paper. Richard Chizmar is given the chance to spin his own story with Gwendy’s Magic Feather using his unique style and the results are fantastic.”—In Poor Taste (read the whole review)

“Chizmar carries the tale forward into Gwendy’s future with sympathy and grace. The result is at once an independent creation and a particularly intimate form of collaboration, one that could have gone badly wrong. But Chizmar’s voice and sensibility dovetail neatly with King’s own distinctive style, and the book ultimately reads like a newly discovered chapter in King’s constantly evolving fictional universe.”
—The Washington Post

“A very enjoyable quick read for fans of the first book (which it’s preferable if you’ve already read), or fans of King’s ‘non-horror’ novels.”—The Afterword (read the whole review)

“This is a quick and irresistible bit of dark fantasy. As demonstrated in the first ‘Gwendy’ and through his own novels and collections, Chizmar is effortlessly and impressively capable of not only swimming gracefully in the whitewater currents of King’s clever and idiomatic style, he stands solidly on his own.”—The Day (read the whole review)

“Chizmar truly hit it out of the park with this one and with rumors of a third installment coming in the future, many fans will be chomping at the bit to get their hands on it.”—Secondhand Bookery (read the whole review)

“Chizmar juggles the emotional beats around Gwendy’s family and friends with a Castle Rock-appropriate plotline that hearkens back to stories such as Cujo and The Dead Zone, without overpowering the narrative.”—Sci-Fi Bulletin (read the whole review)

“Chizmar has taken Gwendy from a child to an adult. I like her character development and how she was seduced by the box. The first novel had a little bit of horror … Gwendy’s Magic Feather has a little more of a magical realism vibe.”—Pop Horror (read the whole review)

“From New York Times bestseller Richard Chizmar comes Gwendy’s Magic Feather, a breath-taking novel that asks whether our lives are controlled by fate or the choices we make – and what price we might have to pay for those choices when we reach for the things we most desire.”—The Book Lover’s Boudoir (read the whole review)

“I listened to the audiobook of Gwendy’s Magic Feather, and loved it. Maggie Siff (Tara from Sons of Anarchy) is the narrator, and her voice is just perfect for Gwendy’s story.” —Bookshelf Fantasies (read the whole review) 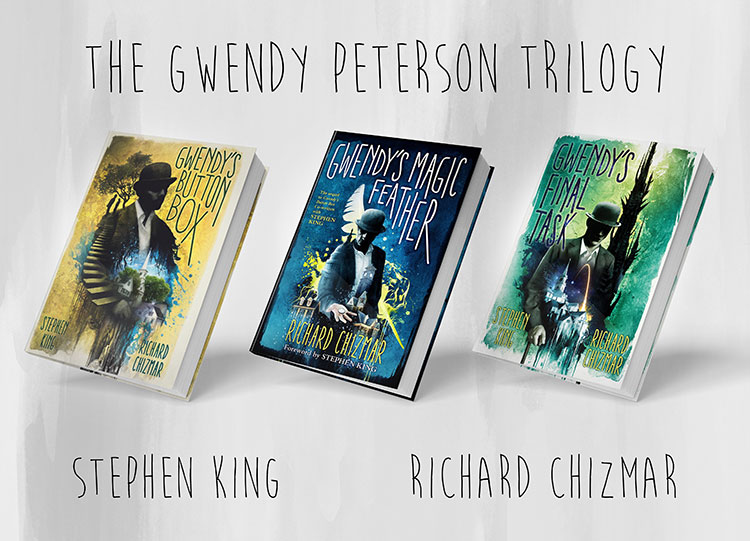 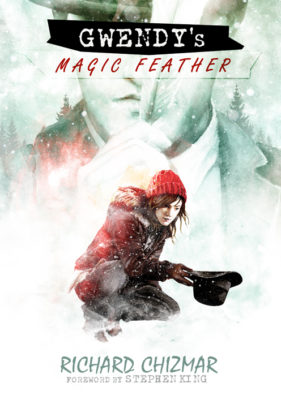 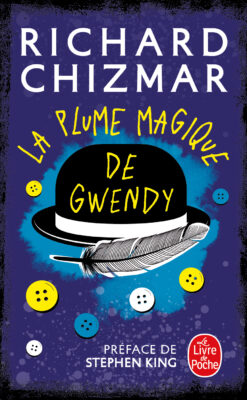