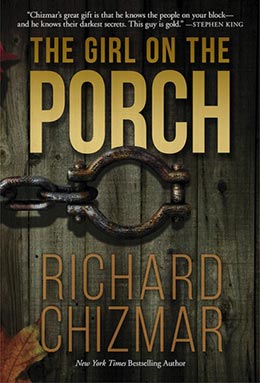 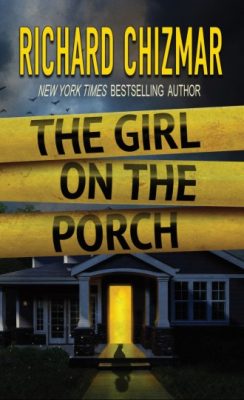 The Girl on the Porch

“For some, the impulse lives closer to the surface and instead of fighting it, they embrace it. The worst of them, the truly evil, listen for it…that tantalizing, deceitful voice from somewhere underneath it all.”

From New York Times bestselling author Richard Chizmar, author of Gwendy’s Button Box(with Stephen King) and The Long Way Home, comes a thriller that will forever change the way you look at your neighbors and best friends…

When the Tuckers’ next door neighbor mentions someone rang their doorbell late the previous night, Sarah and Kenny Tucker check their home’s security camera and discover something shocking: the doorbell ringer also visited their house and it wasn’t a teenager playing a prank, but instead a terrified young woman with a shackle hanging from her right wrist. She anxiously pressed the doorbell again and again, glancing over her shoulder as if someone was coming for her, before giving up and taking off into the dark.

Almost overnight, she becomes known as The Girl on the Porch—and she’s everywhere. There are updates on all the local networks, national coverage on CNN and Fox News, and the video goes viral on social media. Before long, everyone has seen the harrowing security camera footage.

Kenny and Sarah figure it’s only a matter of time before someone recognizes the woman, but as the days pass and no one comes forward, odd things begin to transpire around the Tucker family: a man intensely watches them at a restaurant and then vanishes, fresh footprints appear in the garden next to their house where no one should have been, a neighbor’s pet is viciously killed and mutilated, and a mysterious man has started following their daughter Natalie…

A rollercoaster ride of compelling twists and turns, The Girl on the Porch demonstrates why Stephen King says Richard Chizmar’s writing is “powerful” and Robert McCammon calls his work “hard-hitting, spooky, suspenseful, harrowing, and heartbreaking.”

“Chizmar (The Long Way Home, 2019) continues to cement his reputation as the genre’s best-kept secret, constructing a taut tale that plants danger in an otherwise placid suburb.”
—Booklist

“…this gripping novella from Chizmar opens with a disturbing scenario…successfully builds a nice sense of creepiness.”
—Publishers Weekly

“The Girl on the Porch is a thrilling, page-turning delight. Richard Chizmar’s voice is the magic; he pulls you in with the storytelling touch of an old friend, and this old friend takes you to some dark places. An all-too-plausible setup leads to an all-American nightmare. Don’t miss this one!”
—Michael Koryta, bestselling author of How It Happened

“Chizmar’s Girl On The Porch packs a punch. Doorbell videos. Teens. Spooky neighbors. And a mystery not boiling under the surface but blazing in front of your eyes. I read it in one sitting with sweaty palms—just like one of the suspects in the novel. This guy can write! I felt like I was sitting around a campfire hearing a story. One that wouldn’t let me sleep. One that would leave me pacing for hours afraid of the sound of my own footfalls.”
—Ridley Pearson

“The Girl on the Porch had me hooked on page one—I devoured it. Chizmar peels the band-aid so slowly that it hurts…taut, deftly paced …we are all potentially guilty and anyone might die at any moment.”
—Caroline Kepnes, bestselling author of You

“Creepy as hell! A tense and twisty read that poses this unsettling question: How well do we know our friends and neighbors? In Richard Chizmar’s world, the answer is more complicated—and frightening—than you think.”
—Riley Sager, bestselling author of Final Girls

“If Chizmar’s goal here is to make you suspicious—and fearful—of everyone you know, including those closest to you, mission accomplished.”
—Linwood Barclay

“With a pinch of Blue Velvet and a dash of ‘The Monsters Are Due on Maple Street,’ Chizmar’s short sharp story of a terrified suburban neighborhood insightfully illuminates the fears and anxieties lying just beneath the surface of modern American life. The Girl on the Porch is a pitch perfect illustration of Hannah Arendt’s maxim about the banality of evil.”
—Bentley Little

“Richard Chizmar knows the evil that ripples under the surface of every American suburb. The Girl on the Porch is a beautifully-executed exercise in suspense that will have questioning how well you really know your neighbors.”
—Alma Katsu, author of The Hunger

“The Girl on the Porch is a true gripper: compressed, pacey, and keeps you guessing from start to finish.”
—Andrew Pyper, bestselling author of The Demonologist

“I read other books this year, but this is the one I remember the most. The one that’s stuck with me. I highly recommend The Girl on the Porch. I think it will stick with you too.”
—Red Sofa Literary (read the whole review) 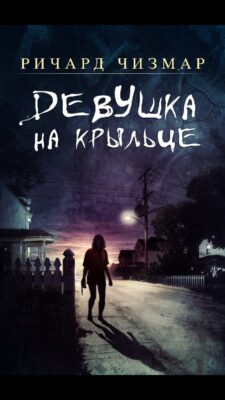