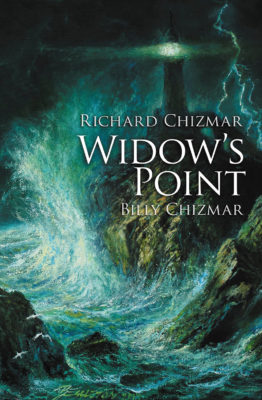 “This is a bad place. I don’t think people are meant to live here.”

Longtime residents of Harper’s Cove believe that something is wrong with the Widow’s Point Lighthouse. Some say it’s cursed. Others claim it’s haunted.

Originally built in 1838, three workers were killed during the lighthouse’s construction, including one who mysteriously plunged to his death from the catwalk. That tragic accident was never explained, and it was just the beginning of the terror. In the decades that followed, nearly two dozen additional deaths occurred in or around the lighthouse including cold-blooded murder, suicide, unexplained accidents and disappearances, the slaughter of an entire family, and the inexplicable death of a Hollywood starlet who was filming a movie on the grounds.

The lighthouse was finally shuttered tight in 1988 and a security fence was erected around the property. No one has been inside since.

Thomas Livingston is the acclaimed author of thirteen books about the supernatural and this evening he will enter the Widow’s Point Lighthouse, searching for material for his next bestseller. He will be locked inside for the weekend with no way of contacting the outside world. And although no human has stepped foot inside the structure in nearly three decades, Livingston will not be alone.

In this remarkable collaboration, father and son writing team, Richard and Billy Chizmar, combine forces to tell a chilling ghost story that will make you think twice about what is waiting for you in the dark.

RICHARD CHIZMAR is a New York Times and USA Today bestselling author. He is the co-author (with Stephen King) of the bestselling novella, Gwendy’s Button Box and the founder/publisher of Cemetery Dance magazine and the Cemetery Dance Publications book imprint. He has edited more than 35 anthologies and his fiction has appeared in dozens of publications, including Ellery Queen’s Mystery Magazine and multiple editions of The Year’s 25 Finest Crime and Mystery Stories. He has won two World Fantasy awards, four International Horror Guild awards, and the HWA’s Board of Trustee’s award. Chizmar (in collaboration with Johnathon Schaech) has also written screenplays and teleplays for United Artists, Sony Screen Gems, Lions Gate, Showtime, NBC, and many other companies. Chizmar’s work has been translated into many languages throughout the world, and he has appeared at numerous conferences as a writing instructor, guest speaker, panelist, and guest of honor. Please visit the author’s website at: Richardchizmar.com

BILLY CHIZMAR’s short stories have been published in various anthologies including Fearful Fathoms and Dead Harvest. His essay, “The Role of God in Stephen King’s Desperation” was published in the non-fiction collection, Reading Stephen King. In 2017, he directed/co-wrote/starred in a short horror film, Gone, which has been screened at numerous film festivals around the country. Chizmar was recently named a U.S. Lacrosse Academic All-American during his senior year at the St. Paul’s School and is currently a freshman at Colby College.

“Widow’s Point simmers, bubbles, and boils over in the most seductive, troubling, and finally throat-gripping manner possible, and along the way neatly solves the problem of how to handle the fate of a first-person narrator of a tale remarkable for accelerating dread. Richard and Billy Chizmar have given us a cold and delicious treat.”
—Peter Straub

“Widow’s Point has that William Hope Hodgson dark aura about it, but it’s far better written, and there’s a deeper theme at work. A ghost story of the first order. It makes the skin crawl and the shadows in your bedroom creep. Cheers to father and son team Richard and Billy Chizmar.”
—Joe R. Lansdale

“The spirit of William Hope Hodgson is alive and well in Widow’s Point, a briny ghost story infused with sinister new life by Richard and Billy Chizmar. If you’re looking for a tale that has you reconsidering that trip to the coast while telling yourself those whispers from ‘neath your bed are simply the wind, you’ve found it. Widow’s Point is a chilling addition to the haunted house subgenre.”
—Kealan Patrick Burke

“Man, that is one creepy lighthouse.”
—Linwood Barclay

“Eleanor Vance would feel right at home in the lighthouse of Widow’s Point. In a significant literary achievement, Richard and Billy Chizmar have retained the quiet terrors of the traditional haunted house story while updating its form for our fragmented Facebook age. Told in snippets of video camera footage and contemporaneous voice recordings, with the history of the lighthouse narrated in excerpted readings from an old diary, the splintered narrative reflects not only the mental disintegration of the tale’s protagonist, but the fractured way in which today’s society absorbs information. At once comfortably old-fashioned and bracingly contemporary, Widow’s Point is a creepy delight. I thought it was terrific.”
—Bentley Little

“It seems fitting that Widow’s Point was written by the father-and-son team of Richard and Billy Chizmar.  It’s an extremely entertaining mix of the old and the new—a classic locked-door haunted house tale enlivened and energized with a dose of found-footage storytelling.  Widow’s Point is great fun—scary, fast-paced, and deeply entertaining.”
—Scott Smith

“With Widow’s Point the Chizmars create more of a found footage film than they do a book, and here that’s a great thing: the story moves with such rapidity that the reader seems to see the scenes flashing by, even those presented in complete, and unnatural, darkness.

“Widow’s Point scared me. Legitimately. I did what every horror fan hopes to do after reading a scary book or watching a scary movie: I stayed up later than I wanted to because I was just too afraid to go to bed alone.

“I made the same silly mistake everyone makes when they read a book written by two people: I tried to determine who wrote what. But the storytelling in Widow’s Point is seamless, and the energy so high, that very early on you not only forget it was co-authored, but you start living the book and forget that you’re reading at all.”
—Josh Malerman

“It is a modern ghost story that will scare even the most seasoned horror reader and will be eagerly devoured by fans of paranormal-investigation tales as well as those who enjoy intense cursed-place stories like Hex by Thomas Old Heuvelt (2016) or Leopoldo Gout’s backlist gem Ghost Radio (2008).”
—Booklist STARRED REVIEW

“Widow’s Point is the scariest story I’ve read in a long time. It felt good to be afraid again, it made me feel alive. As a result I want to stay that way so I think it’ll be a while before I plan another holiday to the Lighthouses of Nova Scotia…”
—Other Worlds Than These (read the whole review)

“The Chizmars, father and son, have selected a perfect location for their chilling tale of hauntings, betrayals, and death. … Highly recommended.”
—Collings Notes (read the whole review)

“Richard and Billy Chizmar have created a highly effective ghost story which even the most jaded supernatural freaks will happily enjoy spending a few hours in the company of.”
—HorrorTalk (read the whole review)

“The story’s great and spooky fun and the illustrations by Glenn Chadbourne are properly atmospheric.”
—The Day (read the whole review)

“Widow’s Point is classic horror written with fascinating and original style, a tale that puts the cold finger down your spine and makes you want to check the door locks—but in this case, to be sure they’ll still open. A claustrophobic gem of coastal terror.”
—Michael Koryta

“Widow’s Point is a perfect read for a stormy evening. A delightfully creepy tale of the supernatural…infused with fresh ectoplasm by Chizmar pere et fils. Rich in atmosphere, intimate in tone, breathless in pace, Widow’s Point will burn darkly in your memory for many nights to come.”
—Chet Williamson

“Widow’s Point is a tale that evokes the genre’s past without being too cute about it, and which manages to add in elements of the modern day (circa 2017) without robbing the narrative of its chills or having to jump through hoops to render our near immediate access to communication lines useless. ”
—CONSIDERINGSTORIES (read the whole review) 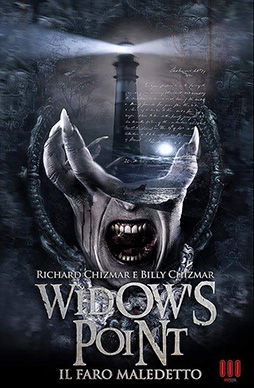 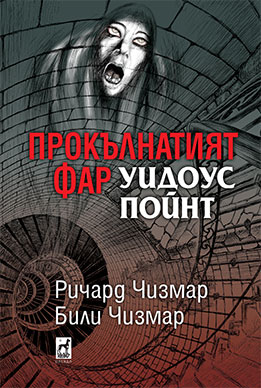 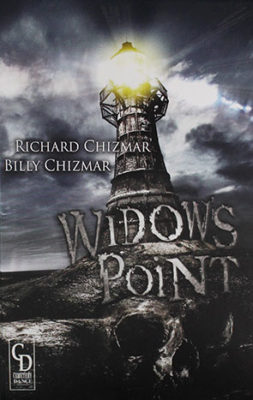 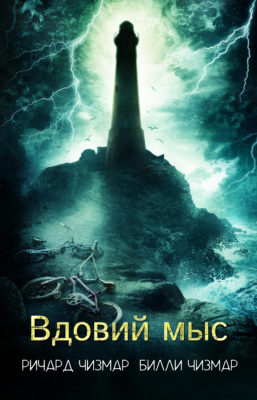